aspects of the following come from D.J. Conways  Elemental Magick
Fire      (South)  Characterized as brilliance, all burning material, and heated or hot material.  <Symbolized by Swords>
The Element of Fire influences human personality by influencing enthusiasm, activity, will, & ego..
The M'jk-l tools of Fire Element are:  Candles, Insence Burners, Athame, Images, Burned Herbs, & Burned requests on paper
Fire {Lava/Flames}
>  Fire has the ability to transform the image of most objects.
>  Elemental Spirits of Fire are Salamanders, Fire Drakes & the Consciousness of the Flames.
- Affects motive, intents, and determination.
(North, East, West)

Earth    (North)  Everthing hard or firm in structure. <Symbolized by Pentacles>
The Earth element influences human personalities by imparting a sense of balance and solidity in life.
The M'jk-l tools of Earth Element are:  Pentacle, Stone Altar, Crystals, Stones of all kinds
Earth {Vegetable/Mineral}
>  It is best to defend against or bind troublesome people, also to return their negative energy to them.
>  Calling on the elementals is a good, natural means of defense and protection.
- Directly affects the physical or body level.  PHYSICAL BODY
(East, West, South - in southern hemisphere)

Water   (West)  This Element is wet in some kind of liquid form.  <Symbolized by Cups (Chalice)>
Water influences human personality by influencing compassion, peace, forgiveness, love, & emotional control.
The M'jk-l tools of the Element of Water are:  Chalice, Water, Mirrors, & the Cauldron
Water {Clear/Salt}
>  All Elemental Spirits of Water work with emotional and mental healing.
>  Traditionally the Elemental Spirits of Water are the Undines, Nymphs, Merfolk,
and a type of faery that works with water plants.
- Affects Emotional level of life.
(South, North, East)

Air        (East)    Anything with an invisible gaseous form.  <Symbolized by Wands>
The element of Air influences human personalities by governing the mental processes and the Mental Body.
The M'jk-l tools of Air are:  Wand, Scepter, Incense, Creative Visualization
Air {Oxygen/Hydrogen}
> You must hold your concentration in order to keep the attention of these elements.
> The elemental Air Spirits retain an unlimited amount of Inspiration, New Ideas, & Knowledge.
- Influences the mental attitude.  MENTAL BODY
(West, South, North)

Spirit    (Center or Straight Up)  The Spirit Element is derived from balance of the other Four Elements.
The Spirit Element is found in the center of the other Elements, corresponding to the center of a m'jk-l circle.  It is pure Ether.
The M'jk-l Tool of the Spirit Element is the Cast M'jk-l Circle
Spirit {Astral/Ether}
>  Archangels and Angels are protectors, healers, teachers, and messengers.
>  The Spiritual Archangels and other spirits hold the keys to the astral doorways that open into other dimensions.
>  The Greek Angelos (Angels) were also known as a Daimon - a spirit who mediates between Humans and Dieties.
- RITUAL WORK:  finding your life path, understanding karmic paths in life, enlightenment, spiritual development,
Connecting with the Supreme Power behind the deities, & achieving a state of perfect blend of all the Elements. 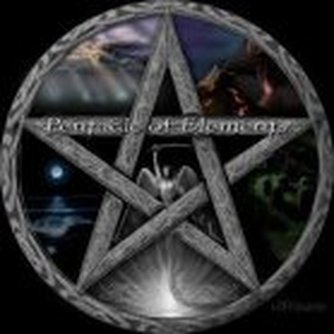 Pagan Wheel of the Year 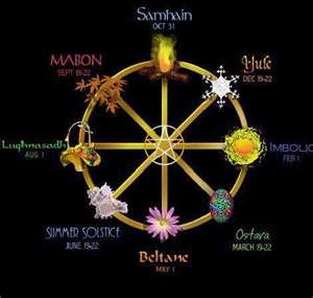 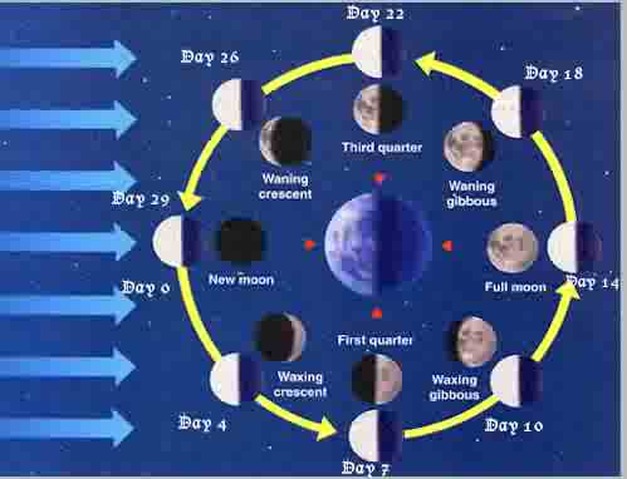 Rites at the Phases of the Moon
NEW MOON is the time to Perform Personal Initiations & Self-affirmations,
Good time to burn slips of paper with desires, goals, projects, etc. on them.
1st QUARTER is good for Energizing projects already begun,    Adjusting & Adapting current projects;
also a good time for Healing & for Activities that build personal strength,    Good time for protecting self & environment
FULL MOON is a Time for Celebrating and Honoring Energies wanted for life & those already there, and celebrating Growth Achieved
a time of being in a place of Gratitude and Thanks,  Time to celebrate completions in life even if they're not there yet.
LAST QUARTER is a time for Releasing, Banishing & Purging things that are obstacles;    Purifying self, environment & activities;
good time to Clean House, (Self & environment). 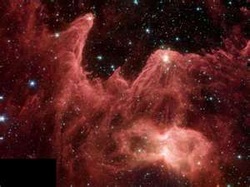 The 4th Dimension    Other Dimensions

Parallel Dimensions to the 3rd

What gets me to be able to travel at will
What thoughts are in expression
What action can you take to get the right reaction
What time is best for reaction or best for action
When is a good time for improvement
What improvement is necessary
How is closure beneficial
Whhich one of the wonders of the world don't you know
How do you re-animate thoughts, expressions, actions/reactions, time, improvements, closures?